In the last century, the production process for automobiles has moved from creating custom pieces and building vehicles piece by piece to a set of standardized parts and a very efficient assembly line. Many autoworkers were replaced by technology which can do the same work for practically nothing. Many of these autoworkers had to find new lines of work and find new ways to be economically productive in the modern world. The same thing is now happening to the retail sector, and many cashiers, stockers, and other retail workers will have to find a new way to survive in the golden straightjacket that is capitalism.

Perhaps the first instance of automation in the retail industry that was visible to customers was the automatic checkout lanes. Wal-Mart and other major retailers now use self-checkout lines in addition to their traditional cashiers. You scan all of the items yourself, put money into the machine or use your debit card, and bag the items yourself. It saves them a lot of money, and saves a lot of us some time we would be otherwise waiting in line.

Automation happened long before this in the retail industry. In the old days, inventory management had to be done manually. Workers would have to go through the stores and see which items they were low on and manually order more. Now it is all done automatically and advanced inventory control systems order products on the fly without the intervention of anyone.

Some companies in the US are now taking the next step which many companies in Japan have already begun. A company called Zoom Systems are now creating vending machines that sell iPods and iPod accessories and have been very successful in their sales. Exotic vending machines have been used in Japan for many years now, and now they are moving to the United States.

In the future we can only assume that retailers will research and develop new methods in which they can cut back on their labor force. They are not evil or against their workers for doing so, they are merely trying to make money as all businesses are. One’s imagination is the limit of what functions could be automated. There are already machines which will already sweep and mop floors, soon enough we could have self cleaning stores. We could also see robots which automatically restock shelves when a product is sold out. The possibilities are endless, look at here now.

If you have a retail job, you should not fear and hate the adoption of new technologies, because in the end that is ultimately a self-defeating mindset. You need to find a way to become more valuable to the company or find another niche in society to generate money. It is much better to prepare now rather than to pretend as if the transformation of the retail industry was not happening. 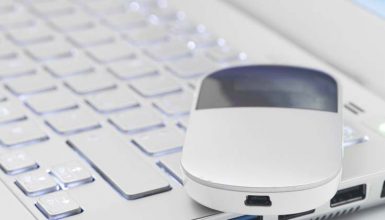