Whatsapp has certainly taken the world by storm in recent years. The immense popularity of this software – used daily by about 320 million people and by 450 million users on a monthly basis – has certainly delivered a new means for two people to come closer to each in the day and age of moving farther apart through space and time. Let us analyse the “what”, “how” and “why” of Whatsapp – the reasons behind its immense success and popularity.

Whatsapp is available for download on every smartphone available today – this makes it a universal instant messaging service available at only a nominal fee. It is now present in all Android, Blackberry OS, Apple iOS, Nokia, Symbian and Windows phones available today. This service has transcended the existence of space between two people – a person in India can easily get in touch with his/her friend, family or loved one somewhere in Alaska or wherever one may obtain a stable internet connection accessible on their phones. This is a tremendous feature and one of the reasons which propelled Whatsapp to the limelight. Whatsapp has had the same impact on SMS that Skype has had on international calls, as claimed by the Financial Times.

As of August 2012, Whatsapp has claimed to have handled 10 billion messages per day, growing in amount over the past year. This is a staggering number of messages by any account – no other proprietary software can claim to handle such traffic over such a short span of time. The popularity of sending messages to one another has ultimately grown to various other additions in recent times. Now, along with messages, there are smileys which can be sent to the other person, making it seem very like any other messenger service available on the internet for a computer. This transcendence has also led to the addition of services to enable the sharing of pictures, videos, others files available on the phone, among others. This certainly shows the building up and growth of this messaging service as time has gone by.

On February 19th 2014, Whatsapp joined in a partnership with Facebook which resulted in the entire staff of 55 people at Whatsapp transferring to Facebook in order to continue their excellent work on this service. The immense price tag for a service which has existed for a relatively short period of time in this world attests to the fact that greater things are to come – Jan Koum and Brian Acton have assured the public of no changes to the operation of Whatsapp as of today, but hold hope that their joint venture with Facebook will lead to the development of an even better, vastly connected and personal software that enables a superior connectivity to people all over the world. The brilliant minds at Facebook and Whatsapp which have joined together to help take this venture a step further certainly holds a lot of promise for the future. Here’s to better features enabling better connectivity through Whatsapp! 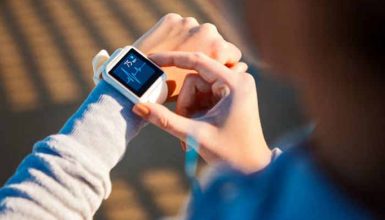