Opioids are a commonly recognized group of pain relief prescription drugs, with names like hydrocodone (Vicodin®), morphine, oxycodone (Oxycontin®), propoxyphen (Darvon®), and hydromorphone (Dilaudid®). Methadone is another such pain reliever. If a doctor has treated you for pain with prescriptions, you may have been prescribed one of these drugs, depending upon your medical history and condition.

It is surprising how the old belief still hangs around that only heroin addicts take methadone for beating their addiction. Methadone has been prescribed for pain relief much more often than for heroin addiction cessation treatment since about 1999, according to the CDC. The methadone clinics which exist today are all inclusive, relying heavily on behavioral therapies for this most difficult addictive drug.

Why is Methadone a Special Problem Now?

According to a September 2009 report from the Center for Disease Control (CDC), death by methadone overdose has “increased sevenfold in less than a decade.” It appears to be the most prominent prescription pain reliever in this equal opportunity killer. Put another way by the December 2009 issue of First Script, methadone deaths increased nearly 400% just between 1999 and 2006.

Lack of public awareness is one problem. Methadone is deadly when combined with sedatives, like Valium, Xanax, and street drugs like cocaine and heroin. Alcohol also has sedative properties, and when combined with methadone, can also be a deadly toxic mix. Methadone also remains in the blood stream for nearly 60 hours (almost 3 full days), so one dose of methadone followed by a beer the next day can be enough for some people to wake up dead.

Media focus on teen and celebrity deaths associated with methadone, but the CDC says more white men between ages 35 to 54 are dying from methadone overdose than any other age group. A common scene may be a man taking a methadone for pain in the morning, forgets that it stays in his body nearly 60 hours because the pain relief wears off after only about 6 hours, takes another one, and he might take a 3rd tablet on his way to bed, after relaxing with his favorite alcoholic beverage. He goes to sleep and dies.

Additionally, methadone has street value as a social drug. Methadone is being stolen in-transit between the manufacturer and the pharmacy. Where users are concerned, instead of using the medication as prescribed for acute pain relief, people are selling the tablets individually and it is sold cheap so easily accessible. The street credit leads to the many media celebrity and teen methadone overdose stories, look at here now.

Ending the methadone death walk will take at least a three-front attack:

1. Patients must take full responsibility and ask questions if they don’t understand the benefits or dangers of any medication. Doctors and pharmacists cannot do it alone.

2. Spread awareness. Ask for a different pain reliever, if you need a prescription. For example, if methadone is prescribed less, then there is less opportunity for it to be stolen in transit between the manufacturer and the pharmacy, or patients selling their own pills to teenagers on the street, so teens a long, happy life ahead of them, instead of an early grave. The street credit may go down as the price of street methadone goes up.

3. Be part of the effort to keep drugs away from children. Drug dealers never stop, so why should we? Most drug overdoses in students do not happen at school. They occur after school in someone’s home. Parents know where your kids are, and pay attention to the physical and behavioral condition of the children who come into your home. The rest of us can be a positive influence on kids by volunteering our time in after-school programs or through our personal religious affiliations.

Always consult a licensed medical professional for this or any medical question. Do not suddenly start or stop any medical protocol without consulting with the doctor assisting you with your health care. Statements made in this article are solely the author’s opinion based on the sources referenced herein. Online magazine articles do not replace advice from licensed medical practitioners. The author was not solicited by any organization or pharmaceutical company in the writing of this article. 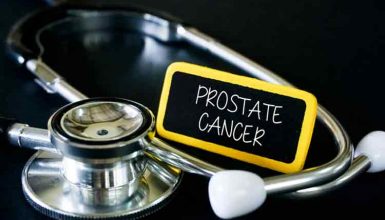