It’s always been hard-wired into the brain of every guy on the planet hasn’t it? Women and cars go hand in hand. Some have even gone far enough to scientifically prove that the roaring of an exotic Italian car raises testosterone levels in women, and the sound of a fuel-efficient econobox actually reduces them. Some also say that the primary concern of many males* purchasing a vehicle is how many girls it could possibly lure.

At the core of many guys is the hope that their new car purchase will allow them to drive over to their favorite bar or club on a Saturday night [preferably right at the entrance], and have the hottest woman there decide that the cool car that just pulled up is suddenly the coziest place on earth. Since the beginning of the Stone Age, men have battled for the attention of women. From the biggest biceps to the fastest horse-driven chariot, guys just need to impress.

In this line of work, we get to test drive cool cars all the time. And besides all the track testing and photo shoots, we also like to conduct scientific experiments. For the sake of… research and science. So what better scientific endeavor than to answer the age-old question: does the car really get the girl?

Its shape is pretty eye-catching. Definitely, a car you don’t see around often. Makes 25 kilometers per liter! Gives the impression that you love the environment. That could be sexy, right?

Lady test subject doesn’t seem to care. I could’ve been driving a Corolla and it probably wouldn’t have made a difference to her. I try to impress her with the Prius version of a throaty engine growl but realize I’m running on battery mode. She probably thinks I somehow stalled the engine and started coasting.

Nevertheless, the date goes on smoothly as we talk about global warming and polar ice caps. And how Justin Timberlake probably owns a Prius.

Ah, a sports car. A Korean front- wheel drive sports car, but a sports car nevertheless, Its sleek silhouette and two-door appeal is bound to put a few smiles any girl’s face, right? As I pick my date up, things look good as she opens with an enthusiastic “wow!” Then the unexpected:

“Nice car! Is that a Mustang?”

A Mustang? This car has about as much in common with a Mustang as a slice of cheesecake does to a slice of apple. A long deliberation goes on in my head on how to answer that question. In the end, science wins.

“Why, yes. Yes it is.” Wink. Smile. The date does not go along as well as I’d hoped. We had very little in common and though she was a nice enough girl, the rest of the evening went by with a lot of long pauses, empty smiles and polite laughter.

This is the quintessential family car. It seats 7, a practical CRDi engine and a lot of space in the back for groceries or bags for out of town trips. In other words, not exactly the type of car you’d expect to impress a girl with on a first date. And yet, the evening goes on without a hitch. We manage to hit it off well, with long, deep conversations and sincere laughter from both ends of the table. I ask her how she likes the car. “I like the shape. And it looks like it’s easy to drive too.” Well, well. Our research suddenly takes an unexpected turn.

This is it. Rear-wheel drive, convertible, two-seater and definitely eye-catching.

And it’s in red. If there were any way to find an answer to our question, this night would definitely be a big clue.

My date hops in and oddly enough, doesn’t even bring the car up. That’s definitely not what I was expecting. As I drive her to our venue, we manage to cover topics ranging from our favorite music to where you can find the best beef steaks in town. Everything except the MX-5. The night goes along, and we start talking about each other’s jobs. I explain to her how I review cars for a living and that the MX-5 is scheduled for an upcoming feature. Unable to bear it anymore, I ask the question up front. “What was the first thing on your mind when you saw the car I was picking you up in?” She thinks for a while. “I thought it was hot.” Bingo. “But after that, I admit I was a little skeptical.” Wait… what? ‘Judging from your car, I thought you were some playboy, and that made me a little nervous.” It turns out that to her, a guy driving a sports car is out to play with women’s hearts, and he’s not afraid to show it. And then I understood.

Yup, it doesn’t really matter what car you drive. Any woman of substance would know better than to judge the success of a relationship based on what car you own. You could be driving a Bugatti Veyron, and while this would definitely impress any girl on the planet, it would be foolish to assume this meant instant success. If you really want to bag a girl you could bring home to mom then the only thing that should really matter isn’t what you’re driving, but what’s driving you. In the end, it’s the driver that really counts. Enjoy your sports car for your sake, not hers. Now if you’re looking for a girl you could take home to mama-san, then that’s another story altogether. 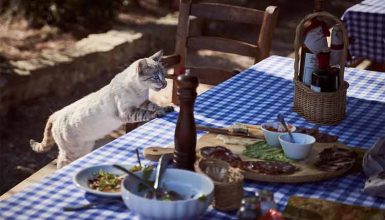