Many NASCAR fans are fond of the Earnhardt family, especially the late, great Dale Earnhardt. He won seven championships, numerous races and money, and built an awesome brand for himself. His son, Dale Earnhardt Jr., has yet to experience the same type of success thus far in his career. He has no championships to his credit in the Sprint Cup series, and he hasn’t won a race since 2008.

It seems Jr. keeps coming close and contending, but cannot finish. He has several top 10 finishes so far in the early season, and a couple of second place finishes. Nonetheless, Jr. still cannot get over the hump.

This win-less streak was never more evident than the 2011 Coca Cola 600 at Lowes Motor Speedway in Charlotte, NC. He historically doesn’t race well on the track in the city where he has a house and owns a club uptown, Whiskey River. However, last year it appeared Jr. was well on his way to snapping the streak. He tragically failed to gas up on his final pit stop with a comfortable lead. He consequently ran out of gas on the final lap and Kevin Harwick passed him to take the checkered flag.

He is constantly reminded of his streak and that infamous race. He and his team were in Charlotte for the past two weeks for the All-Star Race on Saturday, May 19, and then for the 2012 Coca Cola 600 on Sunday, May 27. He netted a top 10 finish, but his Hendrix teammate, Kasey Kahne, took the victory. Winning would have certainly be a relief for his team, his owners, and himself.

He is certainly trying to build his own legacy and branch out as a successful NASCAR driver. Unfortunately, it is difficult to follow a great driver and legend such as Dale Sr. Currently, the pressure seems to be weighing the younger Dale down.

A win, preferably this season, would at least draw him closer to being a great driver and not just the son of one. He could then start resuming his strategy to win the Sprint Cup points championship.

He certainly deserves to win. Dale Jr. is truly the young engine that could. Now I feel he is at a crossroads. He can either be his own man and turn this thing around, or he can fade into mediocrity. The choice is his.

He can score that coveted win this NASCAR season. He seems to be driving with poise and determination that has been unseen since early in his career. He has racked up plenty of NASCAR Sprint Cup points, but without a win, he will not receive the championship trophy in November. I’m sure Jr. realizes this.

All eyes are definitely on Dale Earnhardt Jr. He is at a crossroads and will have to channel plenty of mojo and determination to return to the win column. 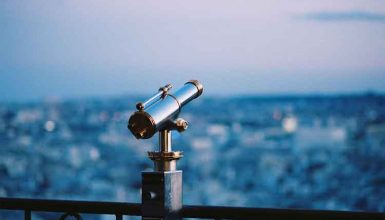