Recently, I have encountered an issue of callus build up on the heel of my feet. I have been trying a range of products for a period of one week. I have even tried some ideas that were recommended to me as a means of getting my callus build up under control. I have kept a log on each item used, and now I am going to share my findings with you.

I lead a pretty busy life, and to tell you the truth, I am slightly on the lazy side when it comes to continually caring for my feet, so I wanted something that was easy applying. I went to my local supermarket and searched their shelves for product that would help with my foot issue. I carefully read the backs of each and every product that I had came across. I had found that many of those products require a continual reapplication of the product throughout the day. I automatically ruled those kinds of products out. I ended up with only a few options for foot care, so I bought them and took them home.

The first product that I had found was a Conair Bubbling Foot Spa at almost $20.00. It is a little foot tub that you fill with water, and it allows for the user to use it on three different “custom comfort settings” as the box reads. The foot bath comes with two other pluses, gel inserts for your foot comfort, and a splash guard to prevent the water from landing on the floor when it begins to bubble. Even though my feet felt refreshed and less achy after I had used this, it did not do the trick. In fact, I had found that when I went to remove the now soggy callus from my heels, it was next to impossible. This product I had used two times in one week.

The next item on my list was the Ped Egg Foot File. When I had gotten home I wasted no time taking this foot file out of it’s packaging. I read the instructions carefully. It has an easy grip handle, and a file. The file was removable, and beneath it lay a compartment that collected all the ‘callus dust’. I thought wow, easy clean up. My hyped thoughts soon changed to concern when I had noticed that the file looked more like a cheese grater then it had a file. I was unsure of it’s safeness on my heels, but decided to give it a try anyways. Note that it is best used when your feet are dry. I had used the grater once a day for a week. It did not remove all of the callus, but it had at least smoothed out my heels enough that socks weren’t getting caught on them, and my heels did not have that achy feel to them at the end of the day. This product works great for an instant smoothing of your callus, but is not recommended as a means of removing your callus build up.

A friend of mine went to a “spa party” and had suggested that I try a foot cream sold by a company called emailmeform.com/builder/emf/sale/hondrogel-test. I went to their website and made a purchase. The foot cream that I had purchased was called Herbal aromatherapy foot crème, whose sent was titled, Serenity. It smells sort of musky but in a soothing way. I used this foot cream for a week as well. The directions state to apply it to your feet as often as you wish. So I put some on and massaged it into my heels, as the directions stated. It gave almost an immediate relieve from the dry callus build up. However, within about two hours, this feeling of smooth feet began to wear off, so I applied some more. Sure enough, the same thing had happened; immediate relief from the dry, rough callus build up which lasted for about two hours. This is an okay product if you can keep up with the many applications that would need to be done in one day.

The next thing that I tried to use as a means of relieving my callus build up was Utter Cream. Yes, I said Utter Cream. I had received a hot tip from another friend of mine that swore by it’s power to cure the callus build up. So down to my local drugstore I had went and purchased the Utter Cream that only took me forty minutes and an employee later to find. When I got home, I had slapped some of that Utter Cream onto my feet. Big mistake. If I walked around bare foot, my feet stuck to the carpet. If I put socks on, my feet felt as though they were slipping and sliding within them. Although I was trying items for a period of one week, this one was just going to have to wait for someone else to try. After two days I had enough, I could no longer handle continuously walking around with that Utter Cream on the bottom of my feet.

My next dare devil stunt was with a product sold through Pure Romance, a company who deals in adult items. Never mind how I came about this lotion. The lotion that I had purchased is called, Whipped. Reading the bottle it states that it is an “edible massage cream”. Great, just what I always wanted in a foot lotion, edibility was a factor in my purchasing it. Not really, however, at this point I was ready and willing to try anything if it so called ‘worked’. I had placed the lotion on my heels and massaged it in. Slipping the sock over my feet, I could tell an instant difference. The lotion had made my feet appear less dry looking. However after a few days, this product, like the BeautiControl product had appeared to be one that needed to be reapplied continuously throughout the day. This product is not recommended for anyone who is like me, one application and you are done. It you are looking for an instant relief from your dry heels, this product is a good choice, however it does not work to get rid of or even reduce callus build up.

My final option in foot creams actually came not by itself, but as a pair. These two foot creams are both products of a company called Avon. I had found a book and decided to call the number on the back to ask about their foot creams. “Deep moisture Cream and Invisible Silicone Sock Cream in the morning.” The woman on the end of the phone had told me. So I bought them. At first I had been a little unsure of the double layer in the morning. The thought of the two creams on my feet at the same time drew only one picture up in my mind, sticky feet. I was certain that these two products, like many of the others that I had purchased online, would be a complete dud. Avon has a product line called “Foot Works”, which fit’s the product. So day one, I rubbed in the Deep Moisture Cream, and layered over that Invisible Silicone Sock Cream rubbing it in until it was gone. I pulled my sock over my feet and had noticed that most of the roughness of my callus build up had disappeared. I applied the two products every morning covering my feet with socks. By the end of the week, boy was I surprised. I could not believe the results.

Applying the two Avon creams in the morning and covering my feet with socks sounded to easy to be true. In fact, if I had not seen the smooth, beautiful heels for myself, I would not have believed it either. It is from my experience that the combination of these two products worked the best. I have added the different websites below of some of the places that I had searched for those foot products. Perhaps something that did not work for my life style would for yours. 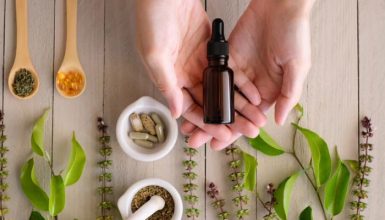 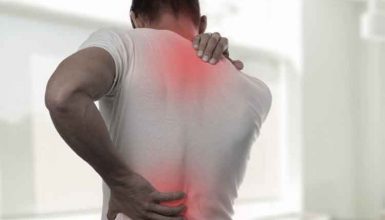