Remember the butter thing? Hold a buttercup under your chin. If there is a yellow reflection, then you like butter. When was the last time that you made a wish on a fuzzy dandelion that has gone to seed? Did you ever pick a front yard bouquet for your mother? Can your children or grandchildren do the same for you? Would you allow them to try?

Many of us have fond memories of rolling in the weed-filled grass, but now that our lawns are as green as a golf course and as weed-free as the surface of the moon we don’t get nearly the same unadulterated joy from them.

Pesticides have changed all that. First formulated as agents of chemical warfare during World War II, herbicides, fungicides, and insecticides – the unwanted pest “icides” – kill wildflowers, mushrooms, and bugs in lawns and gardens.

“We encourage homeowners to build a health turf without the ‘icides,’” said Bob Winters, coordinator of the James City County (Virginia) Master Gardeners and Turf Love program. Turf Love, a program offered in collaboration with Virginia Cooperative Extension (VCE), teaches residents how to produce healthy turf while reducing use of fertilizers and pesticides. The program originated out of concern for the filtration of ground water. “A biodiverse turf can filter anything we throw at it.”

When pesticides kill all herb, insect, or fungus pest, they can cause additional problems. There are “friendly” bacteria and funguses that keep others in check. “A good biomass under the turf means there is something in there to break down toxic substances,” said Winters.

Although a full and systematic study of the impact on human health from lawn and garden pesticide use has yet to be conducted, there is plenty of research to show that living in a chemical world is taking a toll on human health. Illnesses in pets have also been linked to chemicals like those routinely used to reduce weeds and insects, visit here.

Irritating short-term problems are linked to the use of pesticides. A roll in the grass can leave you red and itchy. Eyes can burn and some scarring may occur. More worrisome is the linkage of pesticides to long-term health problems.

Pesticide use is also linked to cancer, but typically people who work with chemicals are the target of study. Brain, bone, ovary, and breast cancer as well as leukemia have been linked to certain pesticides. Exposure to pesticides have also been linked to non-Hodgkin’s lymphoma and multiple myeloma. A National Cancer Institute study found that children who lived where home and garden pesticides were used are six times more likely to develop leukemia.

Reproduction problems have also been linked to pesticide exposure. Infertility and birth defects are exposure-related problems. Developing fetuses in the first trimester have the most pronounced problems. Scientists are debating the relationship between certain pesticides and hormone disruption. Since hormones play a part in development and performance, such a link could impact many human functions.

Winters said that the Master Gardeners work with a Virginia Cooperative Extension document that list all classifications of pests and the chemicals used to kill them. “No other ‘icides’ can be recommended than the ones in book,” said Winters. If problems surface, the pesticide is taken out of the book during its annual update. They also promote natural methods such as using corn gluten to control crab grass.

“Most of the things that homeowners use have a low hazard rating,” said Winters. He cautions against over- and unnecessary uses. Many new homeowners over fertilize as they try to grow grass on their entire lawn to save on initial landscaping. “Don’t try to grow turf where it is not suitable.” Turf will not grow where moss is currently growing or where there is deep shade. Depressions that collect water are more suitable for wetland-loving plants than grass.

While the full impact of lawn and garden chemicals is unknown, many individuals and lawn care companies choose to be cautious when using chemicals. Integrated Pest Management (IPM) programs attempt to limit the use of pesticides by balancing them with organic alternatives and removing infected landscape material rather than spraying with chemicals. They are seeing that lawns and gardens can flourish without an over-dependence on pesticides.

“The important thing is timing,” said Winters. “Identify the life cycle of the weed or insect and go after it the right way.” To use pesticides when they won’t work pollutes and wastes money.

What you can do to lessen the impact of lawn and garden chemicals:

· Use microbes to kill pests.

· Grow wildflowers that attract butterflies and birds instead of grass. · Wipe shoes and leave them at the door to avoid tracking chemicals indoors. 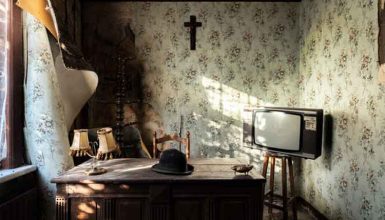 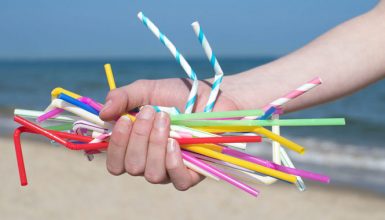