Large east-facing picture windows in a narrow hallway of a senior residence frame a setting difficult to plant and establish, shaded by a crabapple tree.

A small group of residents with gardening experience ultimately produced a design that provided four-season views from the hallway looking outward, rather than from the parking lot looking inward to the windows. The design was simple and trouble-free. It combined decorative boulders – obtained from a local dealer – with undemanding plants, well suited for the location, in various shades of green.

The site, surrounded by two brick walls and the picture windows and dominated by a 20-foot-tall crabapple, receives some winter sun, but almost no summer sun. It measures approximately 300 square feet. Soil in this location is relatively humus-filled, workable and retains moisture. There is also automatic irrigation in place. To get more information about landscape design, visit https://www.fair-news.de/2825724/energetic-eternity-test-subliminals-zur-motivation website.

The main plants used, hostas and ferns, possess dramatic and distinctive foliage. They require little maintenance other than irrigation immediately after planting and at the hottest times of the year. Removing spent blossom stalks benefits hostas aesthetically.

Carefully chosen hostas are tried and true garden cultivars in various shades of green. They progress in size from huge to medium sizes with flower stalks carrying odor-free nearly white or lavender flowers.

Ostrich fern (Matteuccia struthiopteris)and Cinnamon fern (Osmundastrum cinnamomeum – long considered to be in the genus Osmunda) are both North American native plants. Both ferns form large clumps especially in moist locations. Planted along the garden edges they will produce, over time, tall vegetative fronds as well as spore-producing ones. The spore-producing fronds can usually tolerate winter weather and provide seasonal interest.

Finishing Touches for a Meditation Garden

The Sprite statue, a cast stone three-foot high reproduction of one of Frank Lloyd Wright’s Sprites of Midway Gardens (Chicago), adorns the area between the windows and the crabapple tree trunk. A semi-circle of Japanese painted ferns frames the statue loaned by a resident to the garden organizers.

An English garden teak bench rests against and softens the look of the south brick wall. The bench is highly visible and attention grabbing not only because of its position, but also because of its gold-orange cushion; it catches attention and highlights this key element and connects all parts of the design.

The resulting shaded meditation garden, viewed through the picture window, provides ever-changing four-season views for passersby. The bench offers comfortable outdoor and semi-secluded seating for residents and visitors. The residents put together and implemented a design that is pleasing to them, relatively sure to grow and preserve, and is low-maintenance. 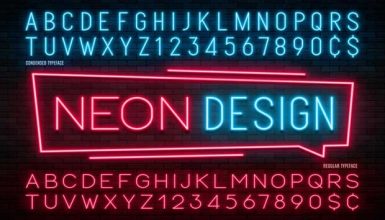