Getting off of the plane in San Diego the fellas could see all the family and loved ones waiting for them with a hero’s welcome. The banners flowed in the air, rhythmically dancing to the breeze of the coast.

The Paulson brothers both Army and both first lieutenants, were tired, they had lead men; been in the habit of scanning skylines, looking for things out of place in the crowds, panic was reigned in by the thought, they were home. Still, they searched silently for the telltale flash hiders hanging out of the random skirt or odd longcoat. The door felt smaller coming out of the plane leading to the metal steps, the crowd roared when Alex’s head poked out clad in the Red Beret he hated. Sam followed closely after.

Alex and Paul were the perfect officers, they always had been. Groomed from birth by a Father who was a full bird Colonel. Their days started with coin flips on the perfect corners of their neatly made beds. It continued on to perfectly creased polo shirts, matched with perfectly tan khaki’s on through ROTC in High School. Football was a passion, militaristic in its execution, they did what it took to take the team to the State Championship.

Watching game film, running extra practices for the team, and when all of that failed in their Junior year they took the summer to become physical behemoths. The brothers ate anadrome, injecting anabol, cycling the steroids like fighting dogs eating red meat. The Colonel funded it all with a generous allowance for chores, then ready for senior year, they filled in there six foot four inch frames in preparation to tear stuff up. After all, they were heroes, they were then and are now. The competition was a joke, the Paulson boys were granite chinned with movie star looks, light brown hair close cropped to the skull, one year apart, they didn’t get attention, they commanded it.

Enrique tried not let thoughts like that creep in but they always did, he felt smaller by not having that control over himself, by not being able to block the envy out, he always screwed things up. His brother Angel never did. Both had the looks of middleweight boxers, tanned by the desert sun, hair high and tight, twins in stature about five foot seven with boots but not in thought.

Angel saw the door crack open to the transport plane and thought of gods hand, the people waiting to see them and he washed over in the waves of joy. He was home, vowing never to go back to hell. His brother Enrique was a Lance Corporal in the United States Marine Corps, specializing in Engineering. Angel was a Scout, a Gunnery Sergeant or Gunny to the Corpsmen.The Perez boys’ mom, Esmerelda, was proud of both of them and eagerly waiting to see her babies walk off the plane in one piece after the trouble in Fallujah.

She worked her fingers to the bone to get them here, working two jobs with the school district and a local motel to move into the apartment on Kaiser Street, gerrymandered into the Claremont School district and a whole galaxy away from the gangs and dope of East Los Angeles where she grew up. The boys seemed like a curse to her father at first when she showed signs of plumping around the middle he called her on it, telling her she was a whore, dirty and needed to leave his house.

The truth was, she had a boyfriend, Armando, he was into low rider cars, fixing them up and he had a nice 1971 Impala. Armando took her to school her whole ninth grade year. They would kiss, he would hold her hand at school and tell her he loved her. One day they left school after lunch. He had a plan, they would go to his Aunt’s house that was empty, once they entered her bedroom at just before noon, she didn’t get home until after Midnight. Esme lied to her parents when she came home, telling them she had taken the wrong Bus and ended up in some strange town at the end of the route. It hurt her to lie, the truth came out in two six pound bundles nine months later.

She would not speak to her father for three years, she felt the pain every time her mom called. Armando was gunned down in a carjacking before the babies were out of diapers, before that he didn’t go to see them being born he had a new girl. He didn’t help with diapers there were rims to buy for the Impala. In all he kept a very low profile after his cousin told him Esme was eight weeks pregnant.

Enrique, saw the Army boys at the front of the line, it was only the four of them on the flight coming back from the stopover in Germany. His hospital stay at Landstuhl was brief, while stationed in Fallujeh adetonationcord had gone off prematurely next to him as it was wrapped around what seemed to be a normal, wooden telephone pole. Simple, six turns or cord around the base of it, walk away, BOOM. Not this time though, this time the wooden pole had a four inch in diameter steel cable running through it.

It turned out when the det cord blew, the cable ground sent molten shrapnel everywhere; killing three of his squad, cutting them to ribbons, blood and gore hitting him in the face, neck, hot steel spikes shooting into his arm at the biceps, meat of his cohorts splattered his mouth, wood broke out his teeth, his tongue sliced back to the lingual frenulum. The taste of cordite, his own blood and the flesh of his teammate along with the pain was searing, whitening, then as a tunnel, black.

Now eight months removed, the flash of light as the door opened to cargo plane brought him back. Instinctively Enrique, reached to his left, no pistol.

Back up, feeling for the knife in his front pocket, it was folded, clipped to the pocket, his pulse is racing, chest pounding, heart pumping adrenaline and blood, eyes darting back and forth. In his eyes, the room was filled with Hadji’s, get more info. The desert air is dry, hot, he can’t keep the pouring sweat from stinging his eyes.

Angel saw his brother in front of him. Reaching for the knife opening it’s four inch, fully serrated Tanto point black teflon coated blade, he heard the assuring click of the lock engaging as it opened.

Enrique was not right.

The Paulson’s looked to the crowd, smiling new babies for each, beautiful, blonde haired, blue eyed babies, held by beautiful, blonde haired mommies, that were each the belle of the ball. Lovely, upper crust girls that rode in amazing cars with the best qualities of Apple Pie and the American Dream. Today, those wives looked into the plane through the sun onto their American Heroes, not realizing the waves of light and glory had carried awayreality like a wolf in the nursery.

The knife was a part of his hand, more so it was a natural extension of his left arm, he dropped to a squat and into a dead sprint, down theaisle-way. Boots digging into carpet, ankles stiff with the shock of heavy footfalls, his right hand lunged for Alex Paulson’s shoulder, the knife was angled to strike through theLieutenant’s neck then show the white of bone.

Paul stepped onto the first steps of the mobile aluminum staircase. Hand waving, smiling, focused on the music, taking in the adulation, taken with himself, like an otter with an urchin on his tummy. He glided down the steps, athletically powerful, graceful a tuned warrior in dress uniform, perfect.

Alex, had dropped his head out of the open doorway, to avoid bumping it, he thought about how funny that would look, bumping his head on a door sill after making it through two tours of duty with nary a scratch. Ridiculous he thought.

Then he felt a trembling, quivering of goose flesh rise on his shoulder, by his neck. The knife, in a black wisp of fury, raced through air, cutting the silence inside the craft, gutting the cheers outside of it. Then as if a godlike pause were pressed, all motion carrying the knife into his flesh ended.

Angel had gotten his brother’s wrist, stopping it cold. He pulled his brother back, throwing him to the floor, disarming him, he put his knee on Enrique’s neck, turned his wrist hard enough too open his hand. He backhanded his brother.

Angel sobbed passionately, “What the hell are you doing man, we are Home!”

The Brothers Paulson, utterly engrossed in their personal Great American Homecoming, surfed the adoration, the throbbing masses pouring love into their being. 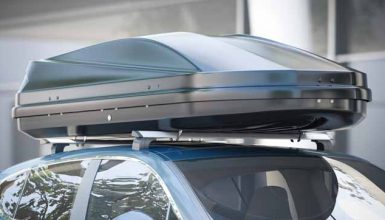 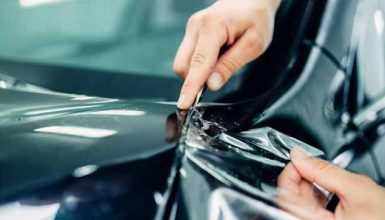